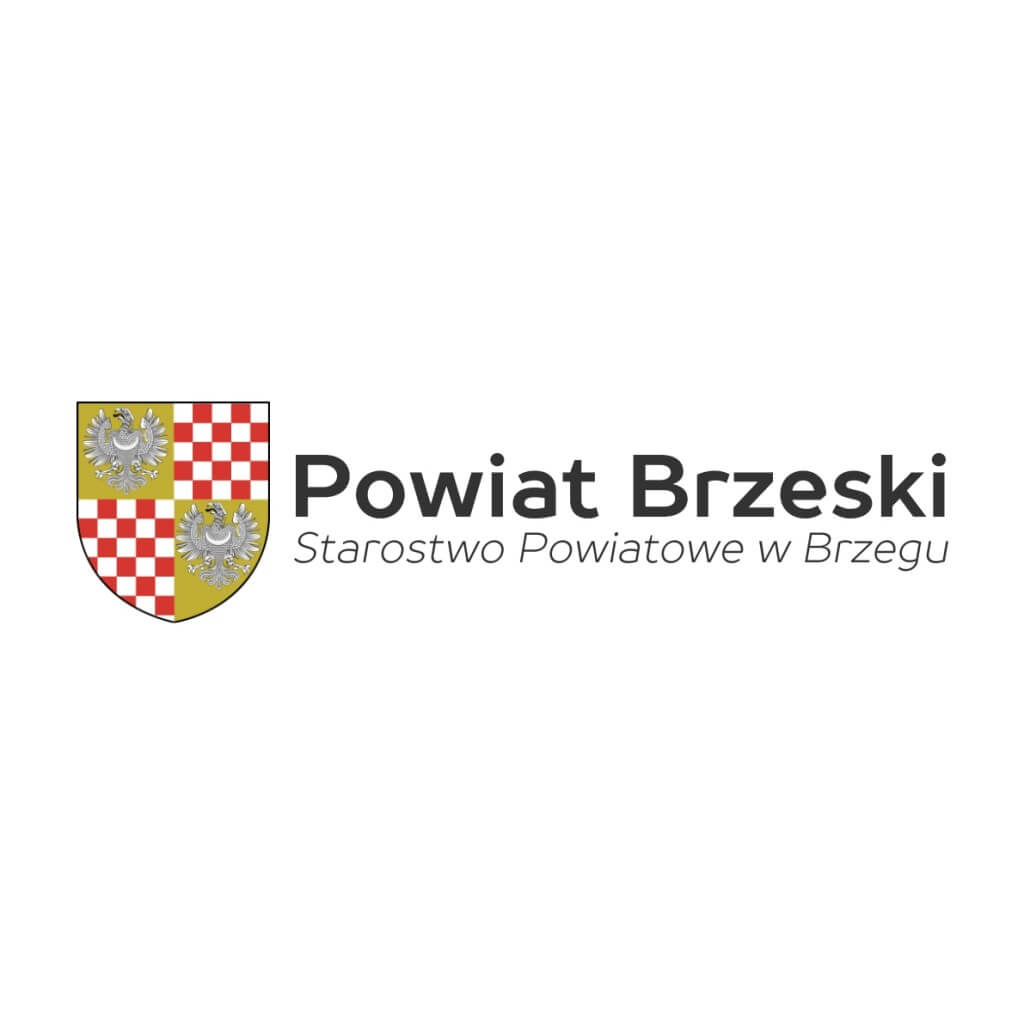 The district of Brzeg is situated in the western part of the Opole region, on the Lowland of Silesia, in the basin of the middle Odra river. The district occupies the area of 877 km 2 , where live 94.000 people. The population is concentrated in three towns: Brzeg, Grodków and Lewin Brzeski and also in three rural communes: Skarbimierz, Lubsza and Olszanka.

Through the territory of the district runs the oldest, in the present borders of Poland, railway from Wrocław to Opole, being a fragment of the junction of the international route from Western Europe through the southern Poland to Ukraine. Brzeg also possesses the local railway junction with Nysa. Through the terrain of the district runs the highway A4, which as a target, just as the railway, will be the main road corridor connecting the western Europe with Ukraine.

The placement of the district, exactly in the middle of the distance between Opole and Wrocław and comfortable railway and road connections cause, that the district of Brzeg is one of the most attractive districts in the Opole region in view of the future investments. Around the highway entrance in Przylasie, there are located not cultivated, developed investment areas situated on the territory of the districts of Grodków and Olszanka (in total over 100 ha). In a distance of 10 km from the highway exit – in the district of Skarbimierz, on the terrains of the ancient military airport of the Soviet army, is localized the investment area with a surface of 410 ha. The terrain has been developed and prepared especially for the investors. In the central part of the former airport there will be placed the Cadbury Schweppes factory – one of the greatest foreign investments on the territory of Poland in 2006, which will start its activity on the 01 of January 2008.

The district of Brzeg is famous for its numerous monuments representing different historical epochs and construction styles. The most famous of them were erected in the period of gothic and renaissance. In the town worthy to see are the interesting buildings and monumental town halls: renaissance one in Brzeg, classical one in Lewin Brzeski and late classical one in Grodków.

One of the greatest attractions of the district is the castle of the Silesian Piasts called “Silesian Wawel” from the 13 th century in Brzeg built by Bolek I Świdnicki. The complete reconstructions carried out during the reign of Frederic II (1480 – 1547) and George II (1523 – 1586) made from a medieval construction a renaissance palace – castle residence, one of the most beautiful edifice of that kind in Poland. Nowadays inside the castle there is situated the Museum of Silesian Piasts. In the basements of the museum there is the necropolis of the Silesian Piasts opened in December 2004. The reconstructed renaissance Italian orchards also decorate the castle.

Another interesting building is the castle in Łosiów, probably coming from the 19 th century, built by one of the owners of the former Commandery Jan Gotfryd Brieger. This palace is stylistically homogenous, it has the features of the late historicism with the relation to the baroque – classical forms.

Worthy attention is also the palace in Jędrzejów, which in the medieval times was the property of the German order of the Teutonic Knights. Its present shape the palace owes to the reconstruction carried out in 1882 by Harry von Francken – Sierstorpff.

From the castle in Kopice there unfortunately only remained the ruins. Once it was called “the palace on the water”, because it was surrounded from three sides with wide spread waters. There stretches out around the landscape park being famous over the Europe. This impression additionally has been enlarged by the stone animal figures in natural dimensions and fountains as well.

Nowadays the palace constitutes the romantic ruins, which shall be protected and probably made accessible for the tourists.

One of the most interesting touristy attractions of the district of Brzeg is the path of the polychromes of Brzeg. This is the greatest paintings agglomeration in Poland, which decorate the walls, ceilings and vaulting of the churches in 18 spots, placed around Brzeg. The creator of these paintings was an unknown artist called the Master of the Bows of the Brzeg Three Kings. The St. Nicolas church in Brzeg is acknowledged as the beginning of that path. The path is further running through Brzezina, Zielęcice, Małujowice, Łukowice Brzeskie, Bierzów, Przylesie, Obórki, Krzyżowice, Pogorzela, Gierszowice, Łosiów, Strzelniki and Kruszyna to return at the end to Brzeg. But the polychromes path does not cover all the spots, in which the traces of the medieval paintings has been discovered.

The forests of the district of Brzeg are characterized by great variety and unusual richness of natural forms.

Beside of the interesting forest terrains the tourists are interested in visiting places, in which one can relax himself on the water. On the territory of the district the water infrastructure presents the Odra river and its tributaries, the Odra channel, and Nysa Kłodzka river as well. In Kościerzyce, Ptakowice and Głębocko there are water regions which are favorable visited by the holidaymakers in the summer time.

To those who want to use the baths, the district offers basins, roofed and open air as well. In Brzeg there is a roofed water complex with swimming pool, device for hydro massage and a slide and in Lubosza there is a historical open air swimming pool with Olympic dimensions coming from the 30 –is. The sport teams can use the sport hall in Grodkowo made available by the district in 2005.

The cultural base of the district present: Culture Center of Brzeg, Municipal Public Library together with three branches, District Library in Grodków, the branch of the Regional Pedagogical Library, Museum of the Silesian Piasts and two galleries.

We invite you to visit the unique and friendly district of Brzeg. We encourage the businessmen to take an interest in absorbing investment terrains – due to its unique localization – and the tourists to see the rare monuments and to use the diversity of the cultural offer.